“Jazz Magazine” recently called Max De Aloe “the most active and widely in demand Italian harmonica player”, and also the prestigious Hollywood-Miyuki of Tokyo website recently listed him as one of the 25 most important jazz harmonica players in the world.

Several awards have characterized his rise. The magazine Musica Jazz assigned to him, in the Top referendum, the title of first jazz harmonica player in Italy (results obtained in 2008 , 2009, 2010 , 2011).
The prestigious American publishing house SHER MUSIC, head of the internationally known publications of the methods Aebersold, has recently published his teaching 'Method for Chromatic Harmonica'. He's endorser for the German company Hohner.

Max published with Abeat Records for about 10 years and we are pleased to report here some projects who received wide appreciation from the audience.

Areas of opera by Puccini, Verdi, Leoncavallo, Wagner revisited in jazz.
A project that addresses the operatic music with a blend of modernity and passion that reveals itself with great flair reaching to approach and involve an wide audience.
In the liner notes of " Lirico Incanto" Paolo Fresu wrote: "“Max De Aloe has understood that jazz and opera are tied together by that thin thread made up of history and culture, of migrations and languages that united the Continents well before trumpets and saxes invaded the streets of New Orleans. That is why - together with his colleagues of this stupendous musical journey - he seized the essence of a music that, as has always been, sets out to speak to the world of a vibrant and dynamic humanity in the beautiful melodies of Leoncavallo, Verdi and Puccini. A humanity that has taken music beyond the Italian borders and that today returns it to us bursting with echoes and reverberations of the other side of the Atlantic. “Lirico Incanto” is music as clear as the air. It is refined, cohesive music full of lyricism and melody, the same that has for several centuries magnificently represented what we are, beyond genres and styles.”"

BJORK ON THE MOON

A visionary and eclectic project that draws on and is inspired by the compositions of the musical universe of Björk, the genial Icelandic artist.
The music of Björk becomes an extraordinary opportunity to focus on a musical aesthetics very strong, elegant and at the same time striking on the public.
Björk and Jazz by Max De Aloe: an apparent stylistic diversity, an unusual mix that meets transversely, surprises every listener, from the traditionalist to people less accustomed to jazz or to the music of Icelandic singer.
BJORK ON THE MOON proved to be one of the projects of greater credit and success in recent years (also evidenced by the surprising sale of records). 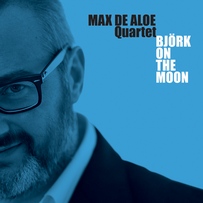 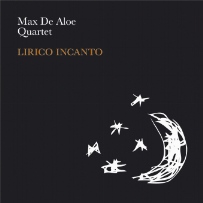